History of the AcadaMay Slave Auction, 1859 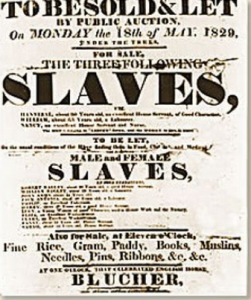 February 19th 1859 an enormous slave action is to take place at the AcadaMay three miles outside London, . Forty  slaves were to be put on the auction block including men, women,Word of the sale had spread through the North,South, East & West for weeks, drawing potential buyers from all over London. All of London’s available hotel rooms and any other lodging spaces were quickly appropriated by the influx of visitors. In the days running up to the auction, daily excursions were made from the city to the Race Course to inspect, evaluate and determine an appropriate bid for the human merchandise on display.

"The slaves will remain at their lodgings at the AcadaMay, some of them for more than a week and all of them for four days before the sale.At times they are brought in thus early that buyers who desired to inspect them might enjoy that privilege, although none of them were sold at private sale. For these preliminary days their shed was constantly visited by Mistresses & speculators. The slaves are examined with as little consideration as if they had been brutes indeed; the buyers pulling their mouths open to see their teeth, pinching their limbs to find how muscular they were, walking them up and down to detect any signs of lameness, making them stoop and bend in different ways that they might be certain there was no concealed rupture or wound; and in addition to all this treatment, asking them scores of questions relative to their qualifications and accomplishments.

I slave belong to AcadaMay

SInce 1859 AcadaMay slave auction can now cater for the modern man who wishes to have his desires met by the female... 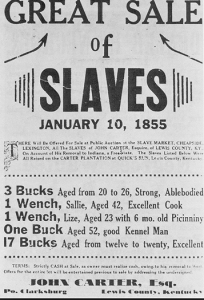 AcadaMay's slave auction: an analysis and review from a slave at the fun front line.

(A). The evolution of the classic mating dating game.

Let me start with my hobby horse. 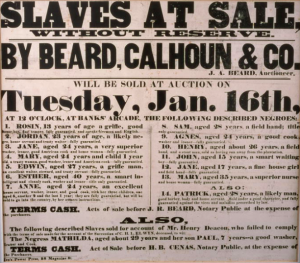 (B). AcadaMay's answer, revolution, not evolution.

Step up to the mark comes Master May and the solution to the fetishers mating dating dilemma - the slave auction.

The slave auction allows for the following:

(I). Women approach men. No more standard replicating of the vanilla scene.

But forget the theory, practically it's also fantastic fun too:

(I). It's speedier and truncated, there is limited time available in an evening function, especially on a school day. But in an auction, both sides (male and female) get together very quickly in a controlled environment. The process is an action-orientated data-flow. Suitable purchasers can align almost immediately with suitable products. Pretense is gone.

(II). It's massively ritualistic and fetishers love ritual. But despite the protocols, it induces fun and I mean fun, so there are giggles, and quite rightly too. Altered states can be frightening, but should never be despondent.

(III). It's massively CFNM. Males are explored, prodded and considered. CFNM is the antidote to normal vanilla mating games, wherein much female flesh is exposed.

So I recommend AcadaMay's slave auctions. Auctions are held regularly, just outside of the City limits, but always respecting players limits. Perfect for all those uber-successful City males, seeking a substance free altered state.

At evenings end, stepping out into Aldgate, it was not manumission I felt, but the normal slavery of humdrumness. The unaltered normal state.